Frank Portelli Maltese versatile painter, sculptor, designer, scenic artist and engraver b. Birkirkara 19 December 1922; d. 13 March 2004. He was the son of Emmanuel Portelli and Emma née Borg. He studied art at the Malta Government School of Art under Robert Caruana Dingli, Edward Caruana Dingli and Carmelo Mangion. In 1948 he was awarded a government scholarship which allowed him to study at the College of Art and Technology, Leicester, and at the Kensington School of Art in London. He then continued his studies in Paris, Florence and Venice, returning to Malta in 1950. Portelli was a co-founder of the Modern Art Circle. He was secretary of the modern art section of the Malta Cultural Institute. Throughout his artistic career, besides participating in exhibitions in Malta and abroad, he won several competitions and was awarded the XIV International Grolla d’Oro in Venice. His production included postage stamps, murals and stained glass. In 1984 he designed the high altar for the parish church of Marsascala. On 29 June 1952 he married Rosa Attard who bore him a son and two daughters. Shortly before he died he completed the paintings on the interior of the dome of the Collegiate Church of Senglea.

This biography is from Ganado, Albert, Espinosa Rodriguez, Antonio, 2018 An Encyclopedia of Artists with a Malta Connection Malta: Fondazzjoni Patrimonju Malti, pp 449-450. 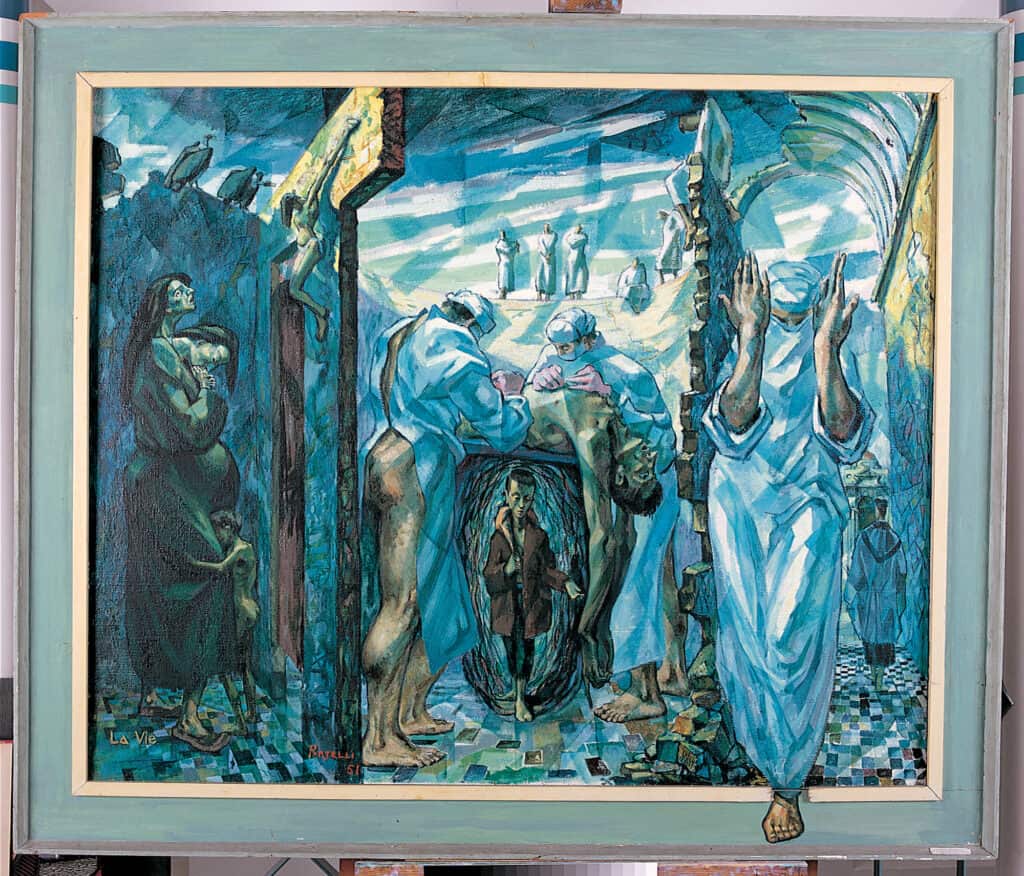 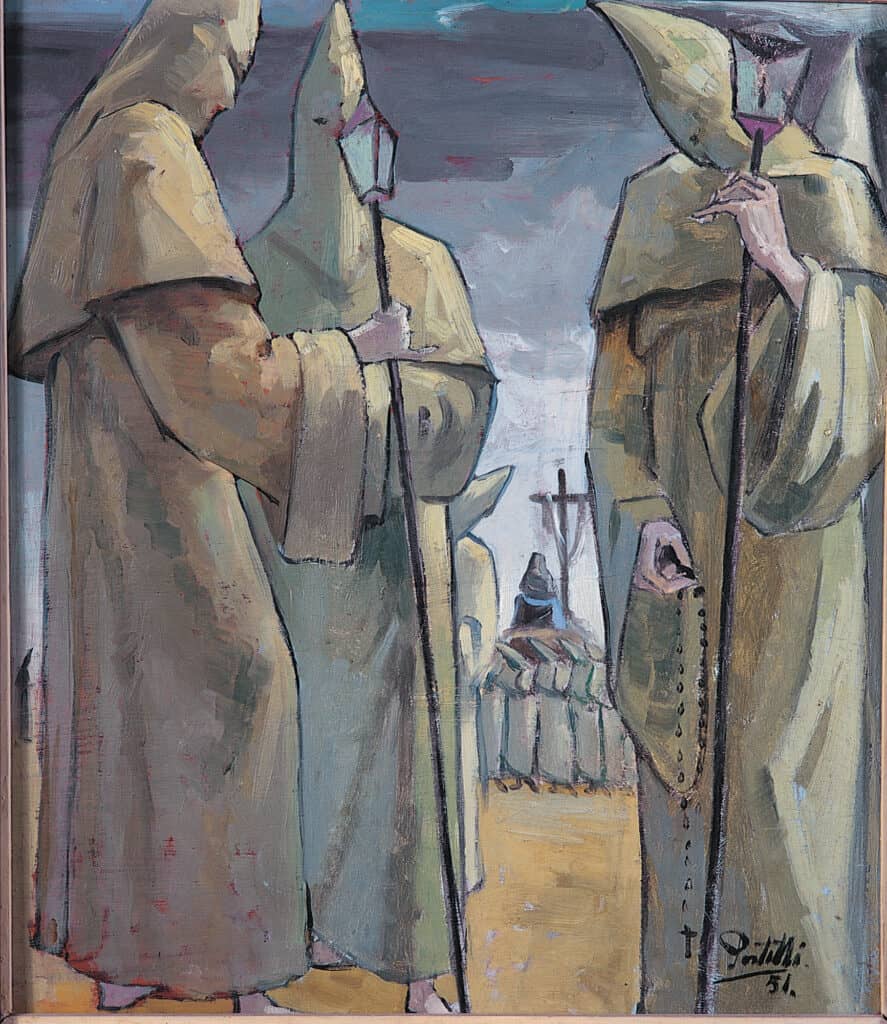 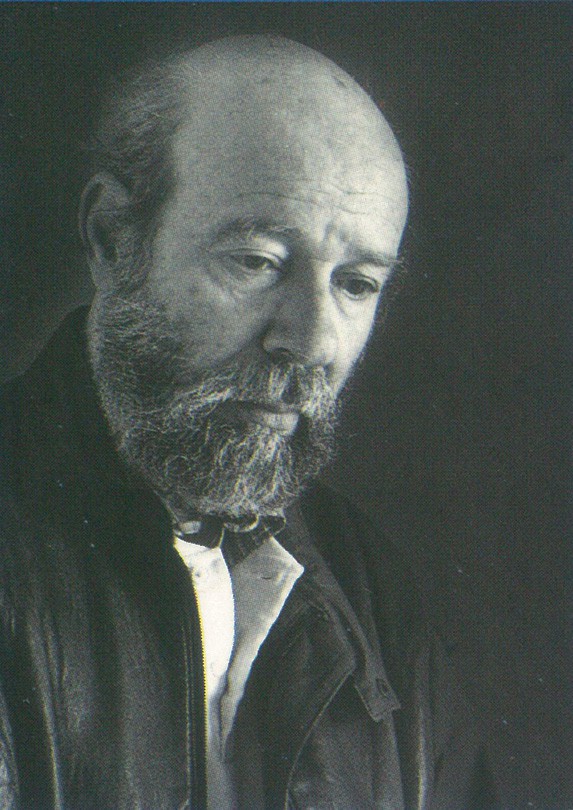 Portrait of Frank Portelli (Image by Joseph A. Vella) 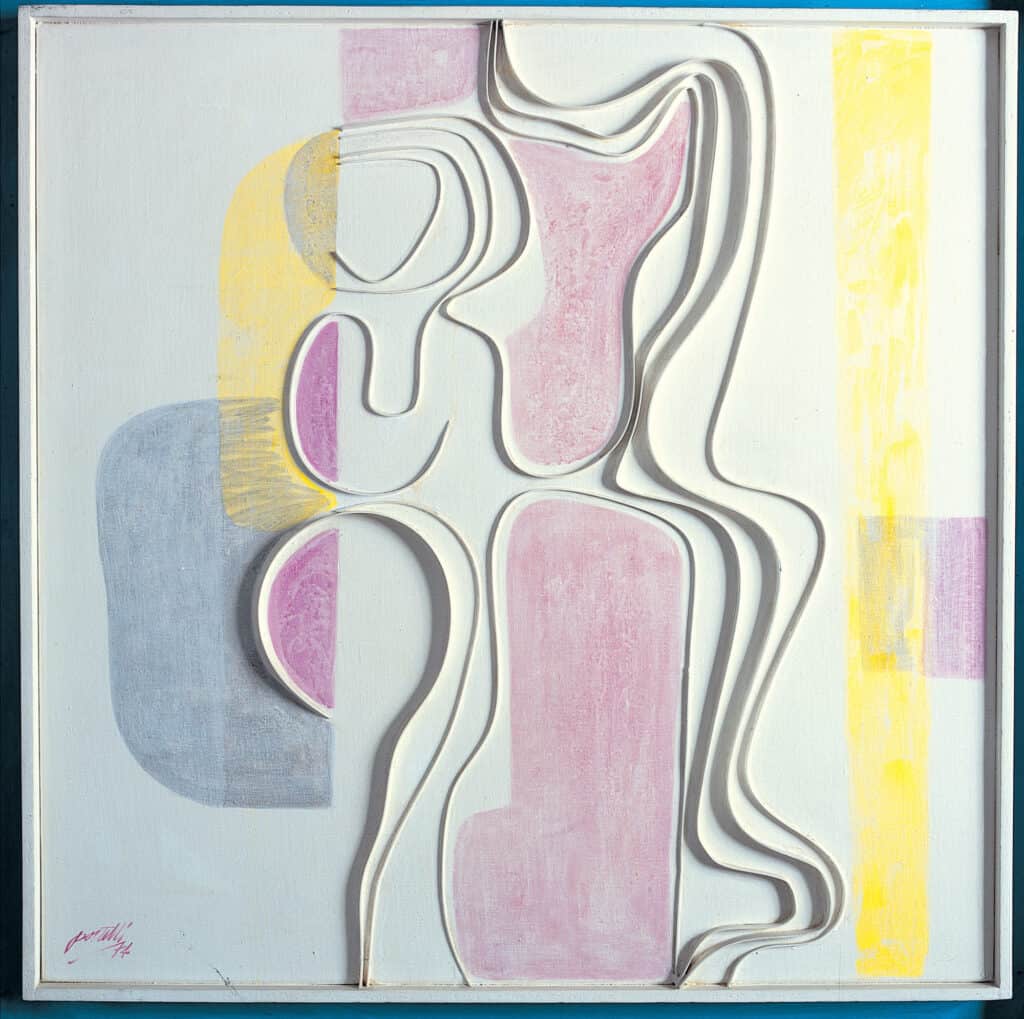 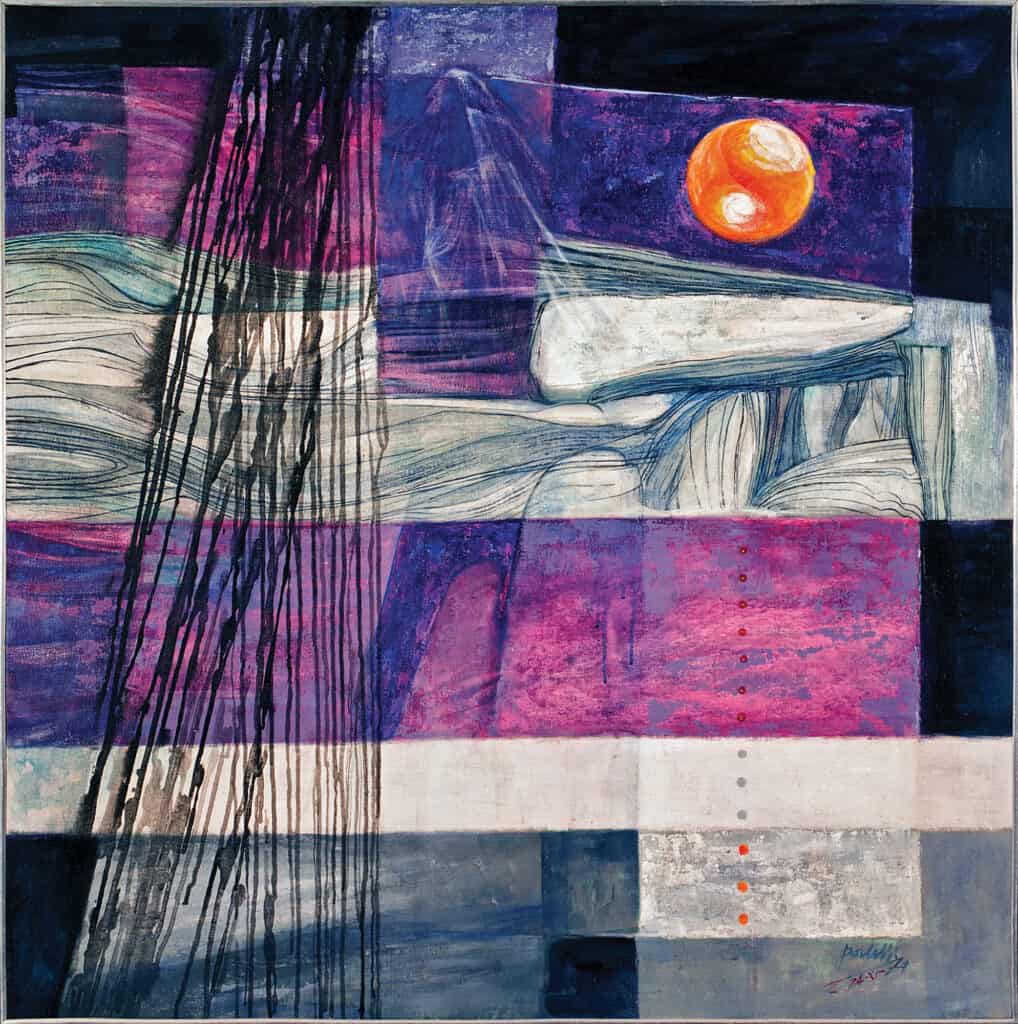