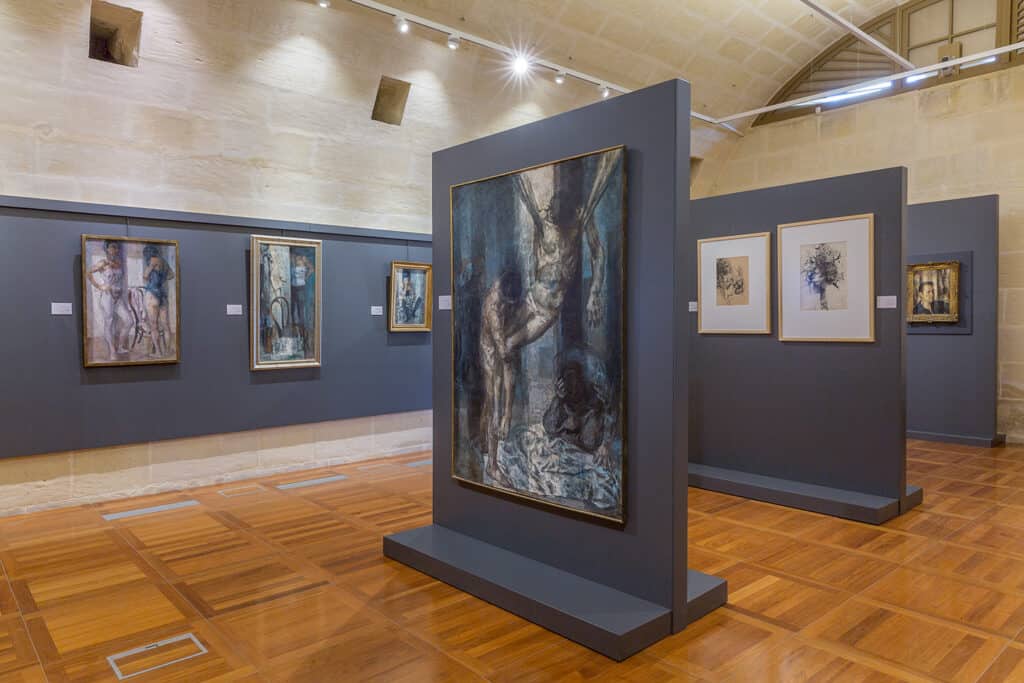 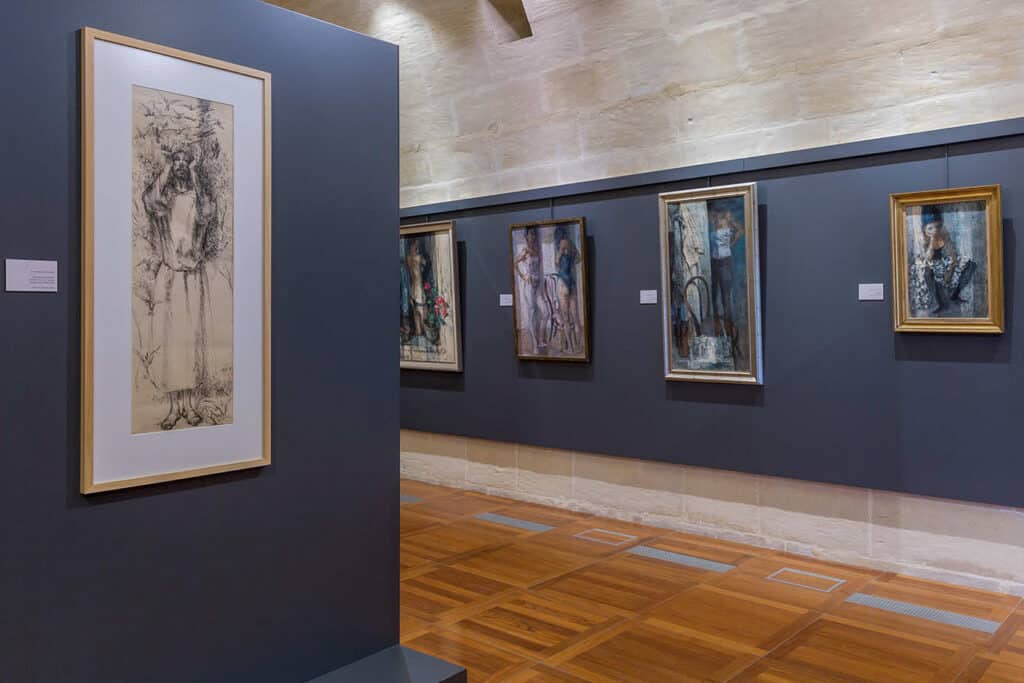 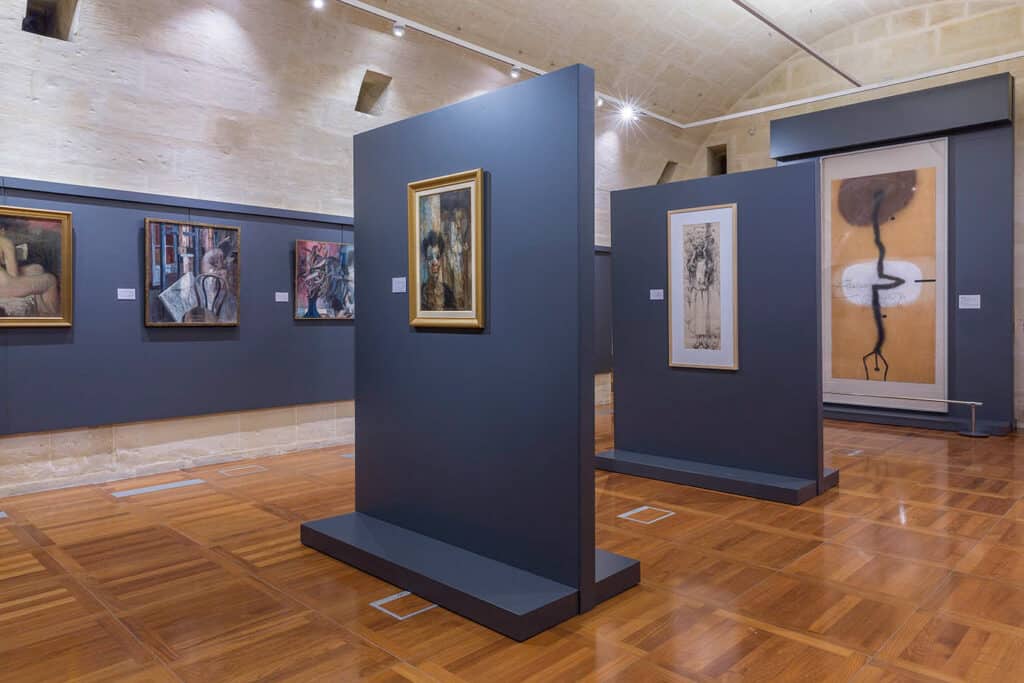 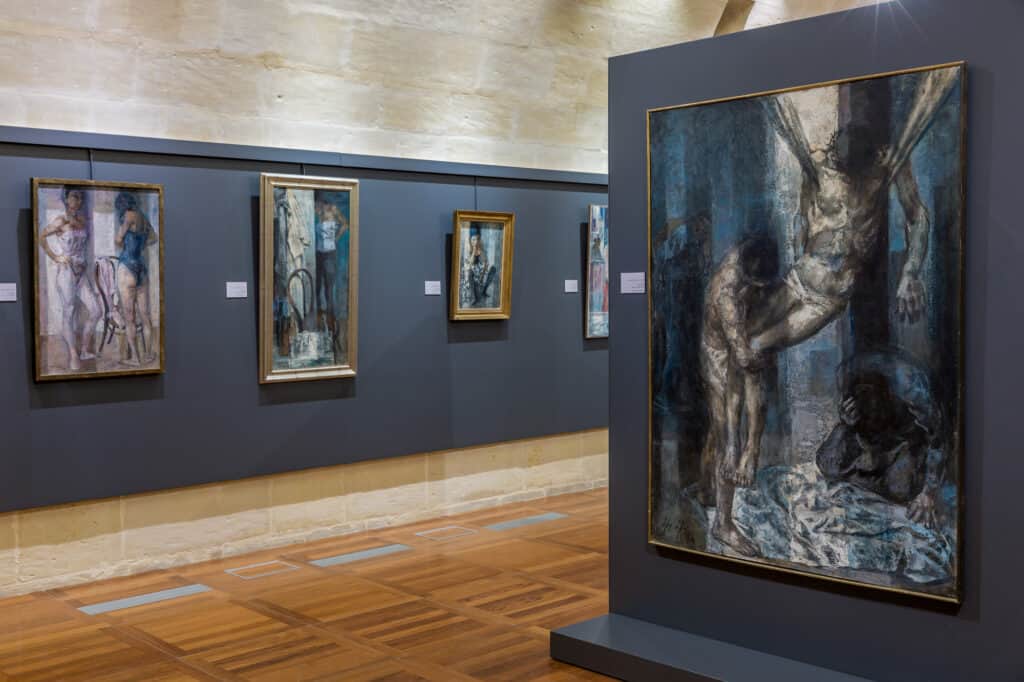 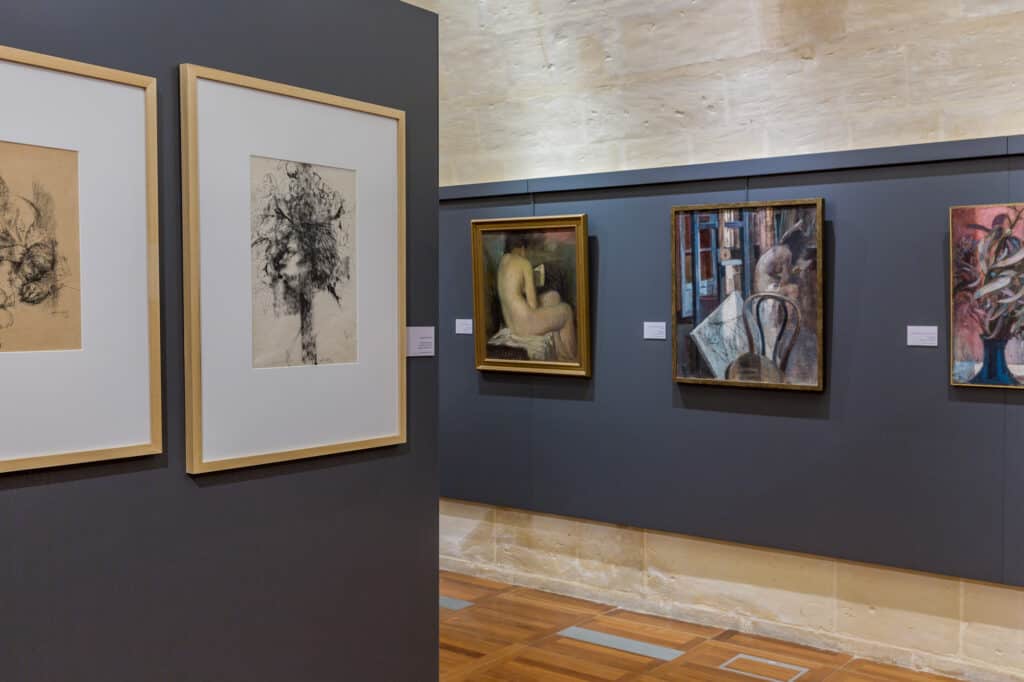 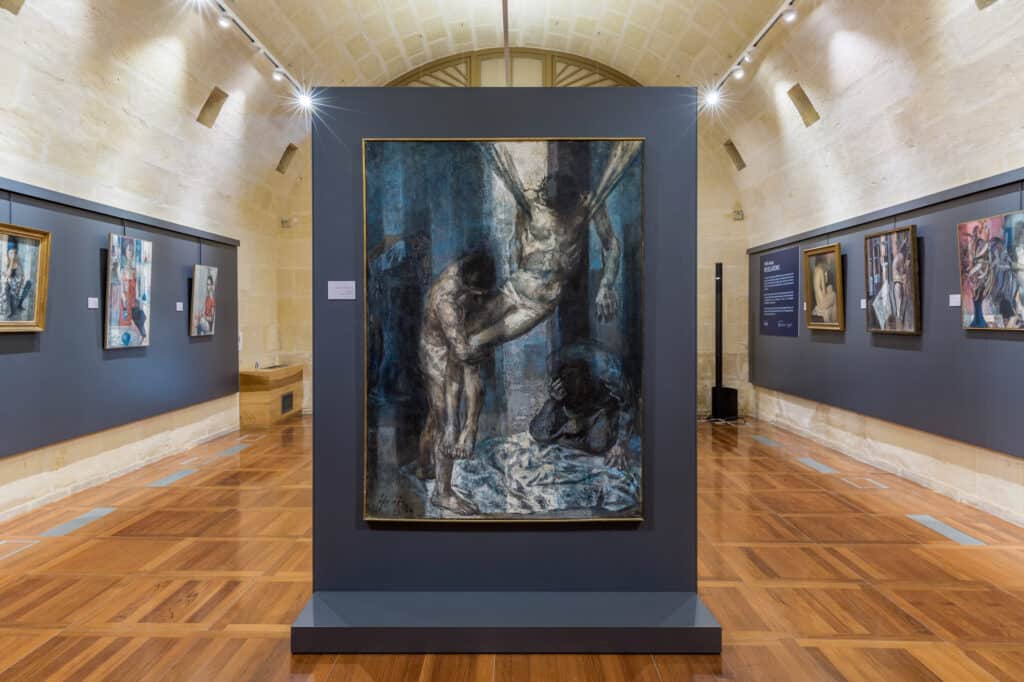 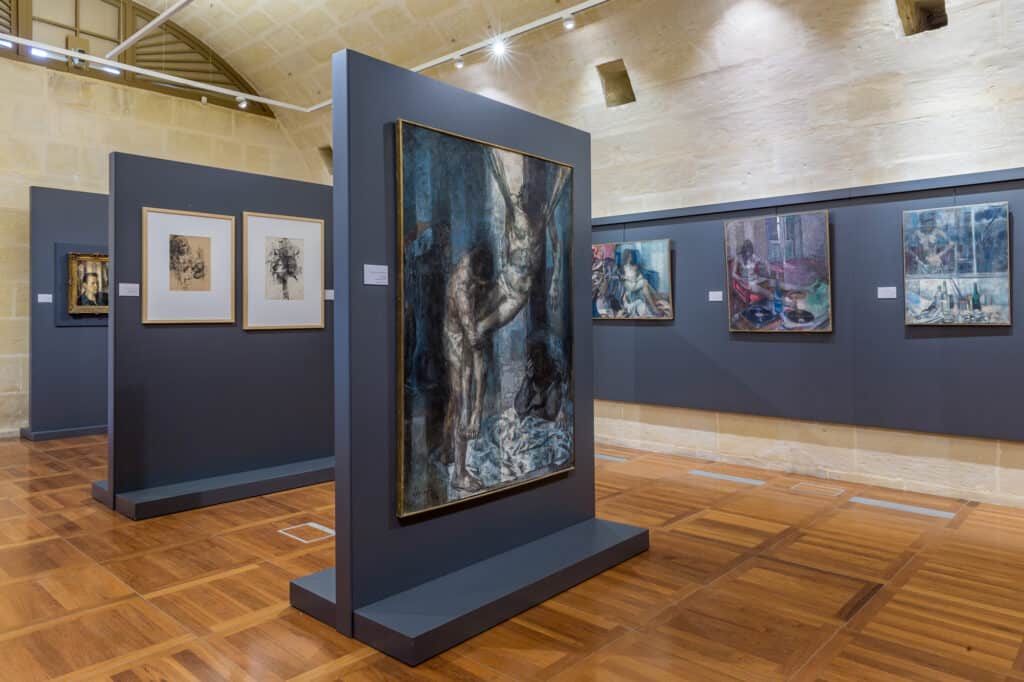 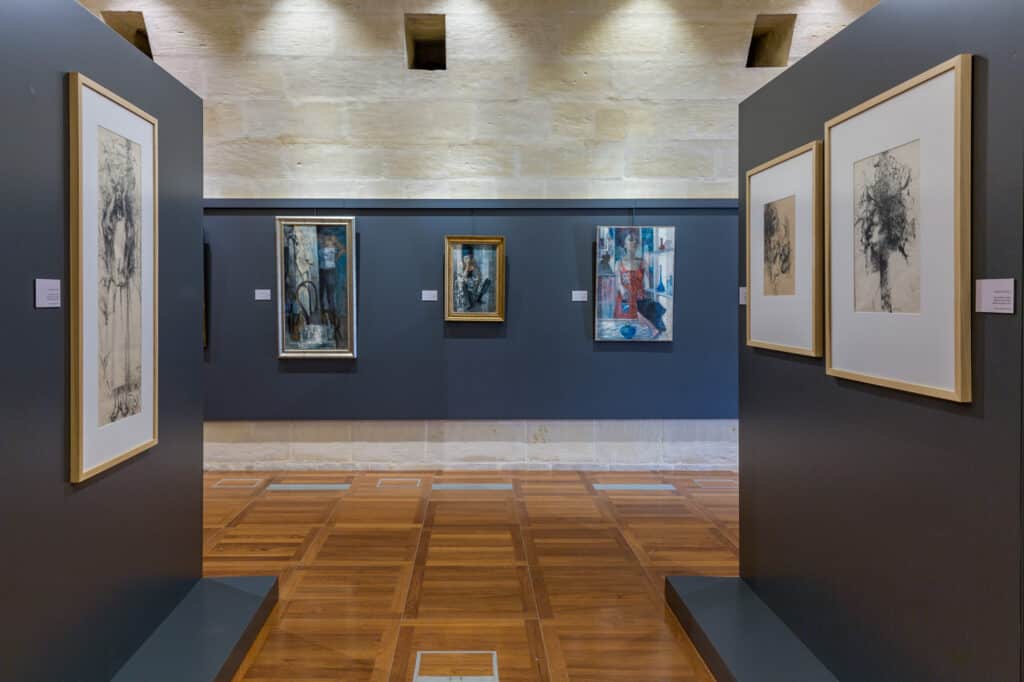 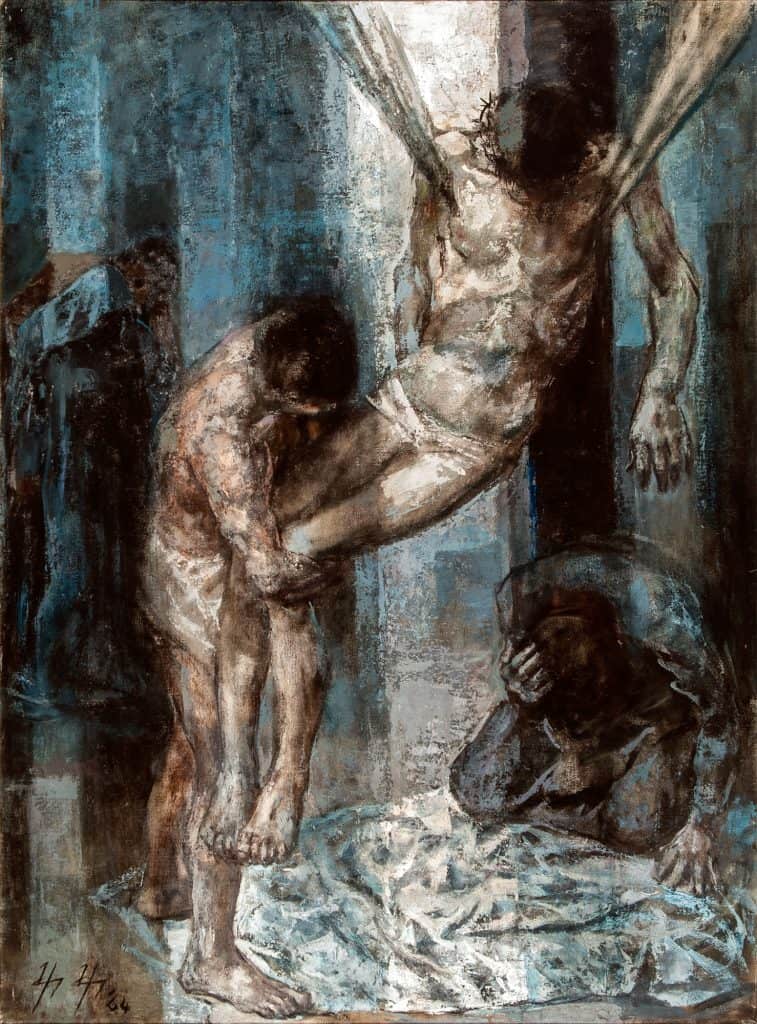 The Descent from the Cross Oil on canvas 162x120cm Signed and dated, 1964 Private Collection, Malta 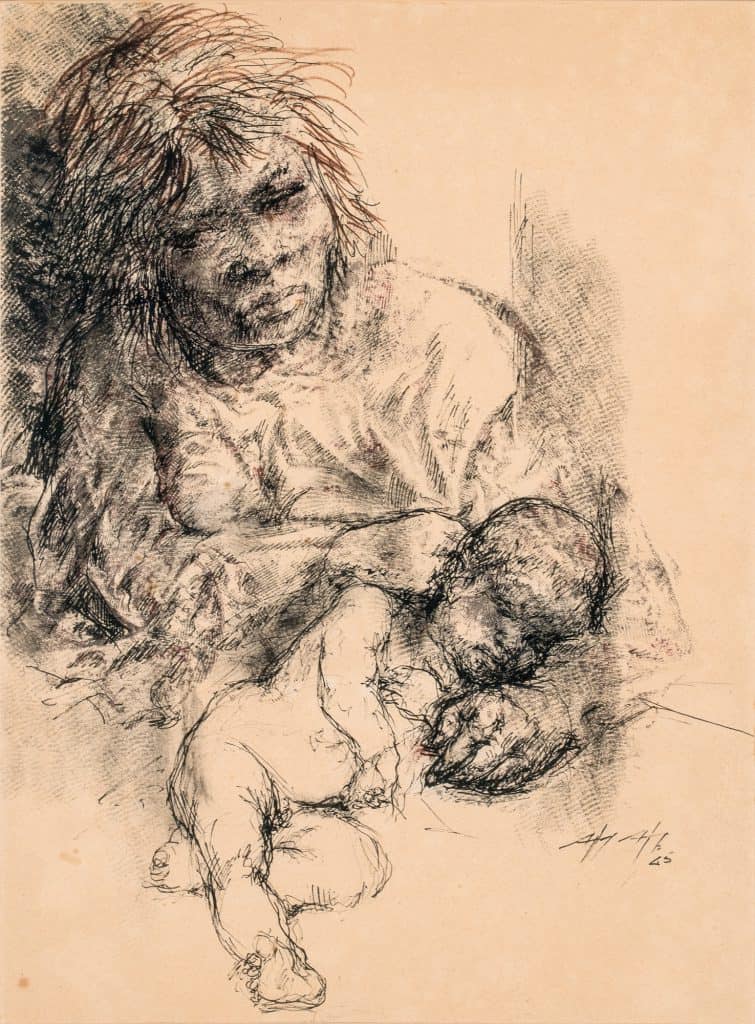 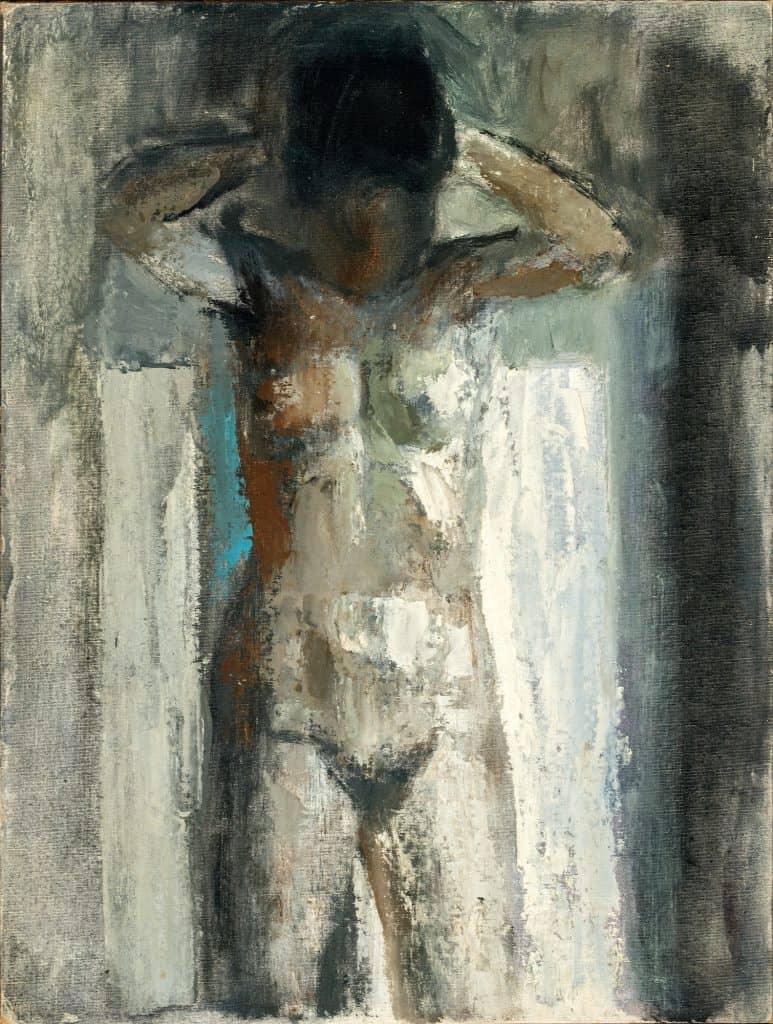 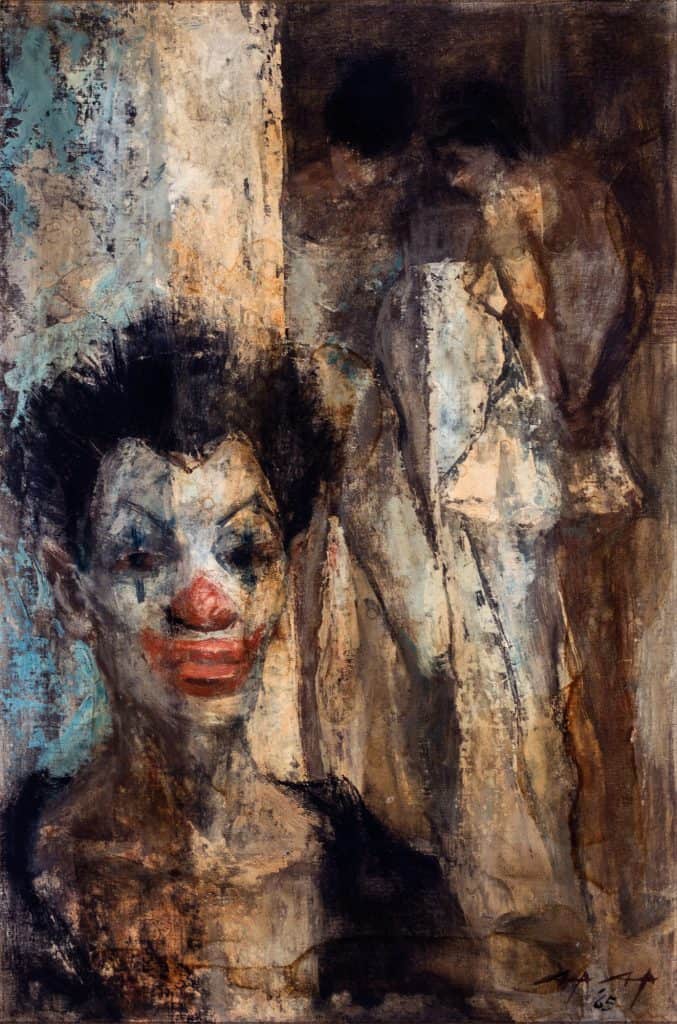 The Clown and Ballerinas Oil on board 59x39cm Signed and dated, 1965 Private Collection, Malta 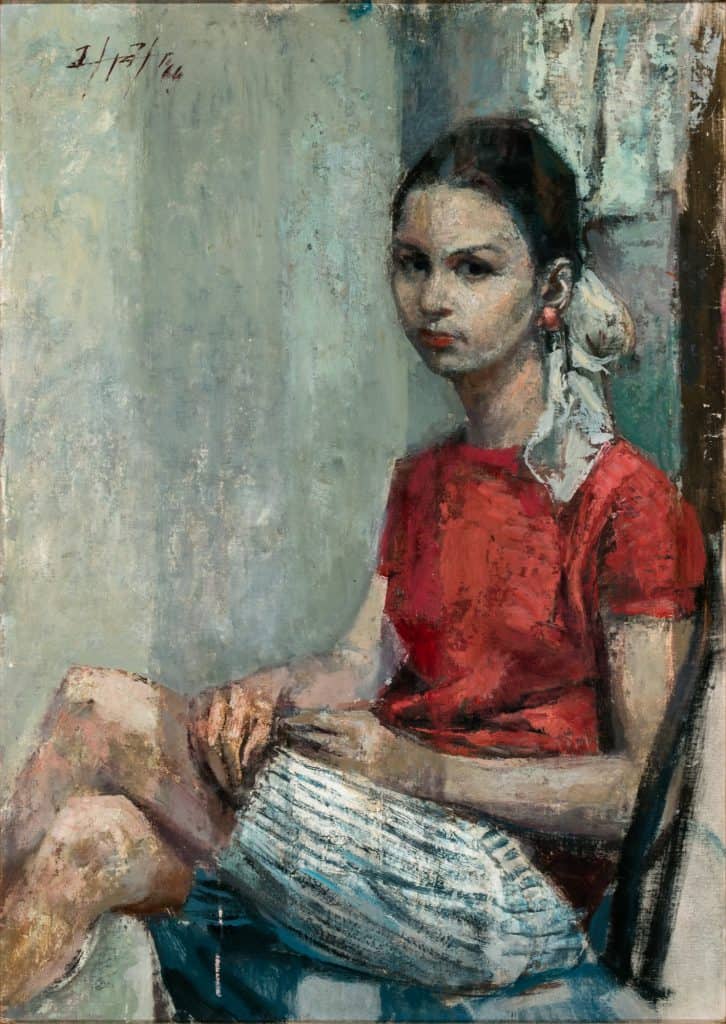 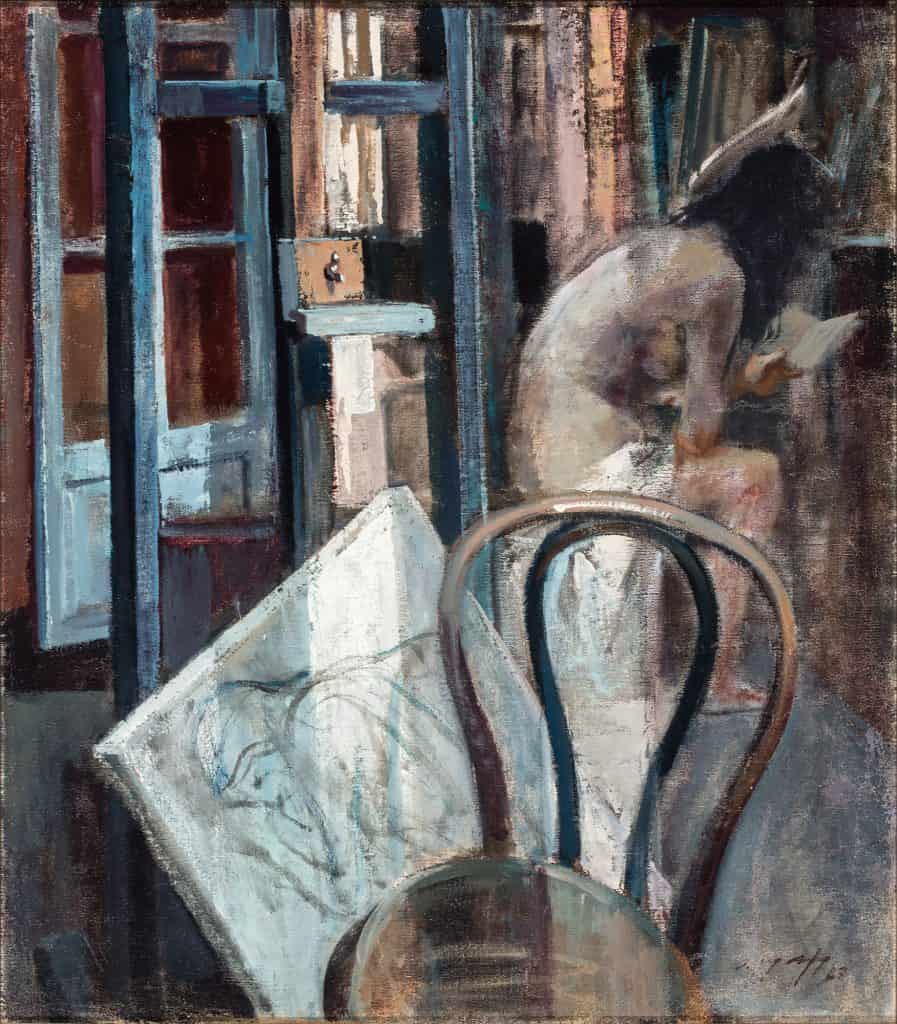 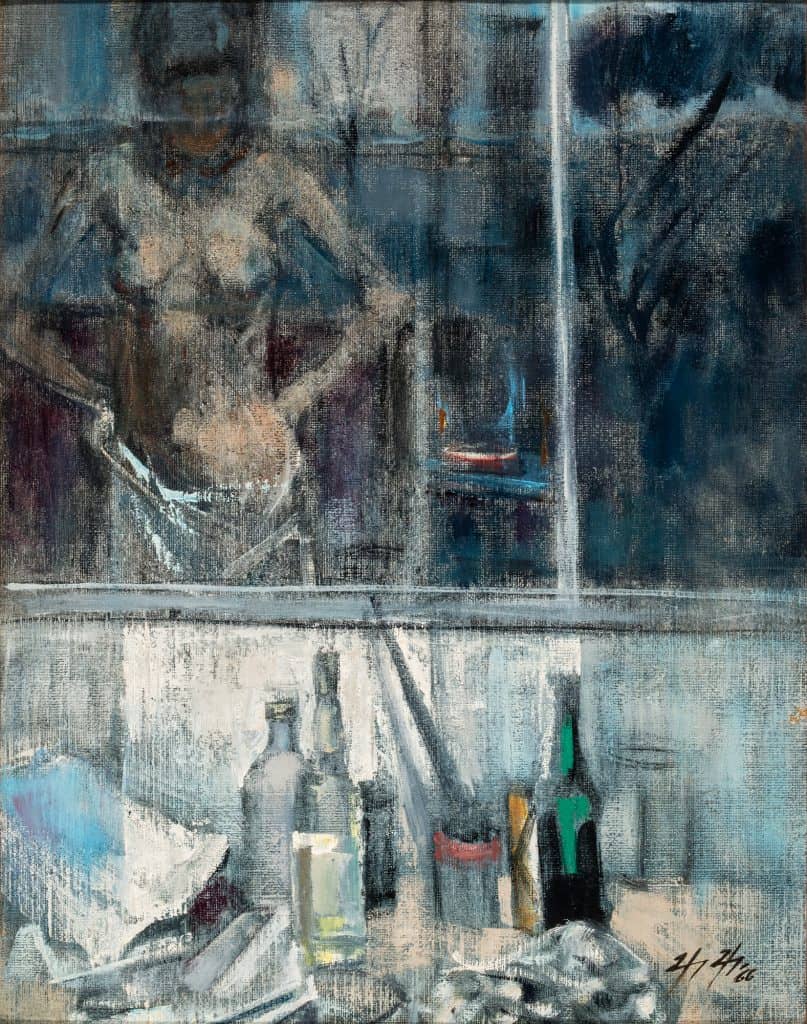 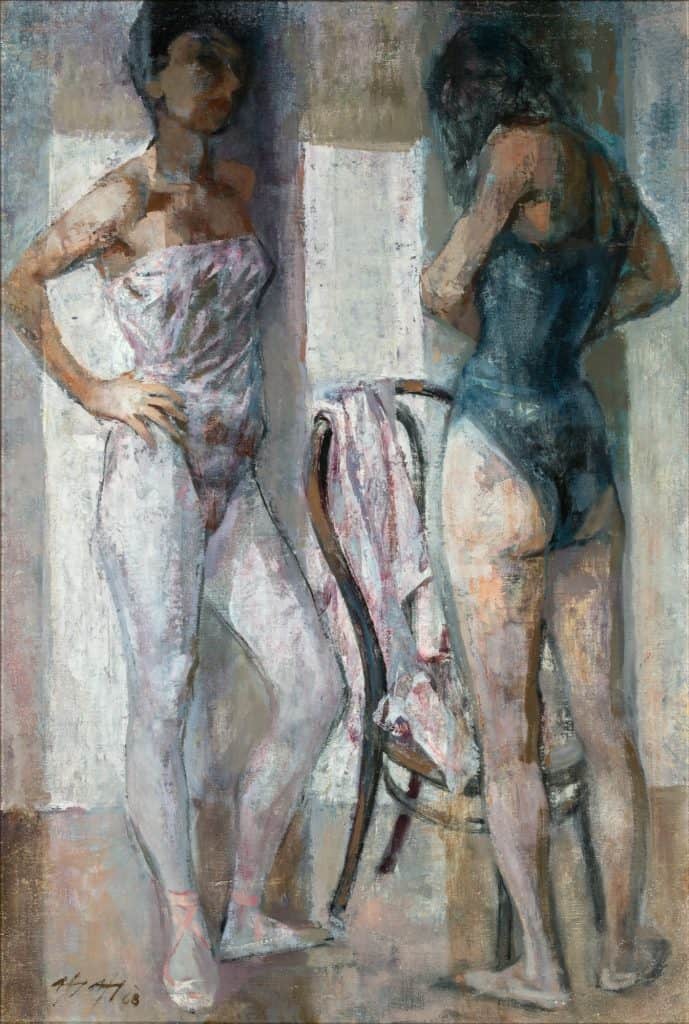 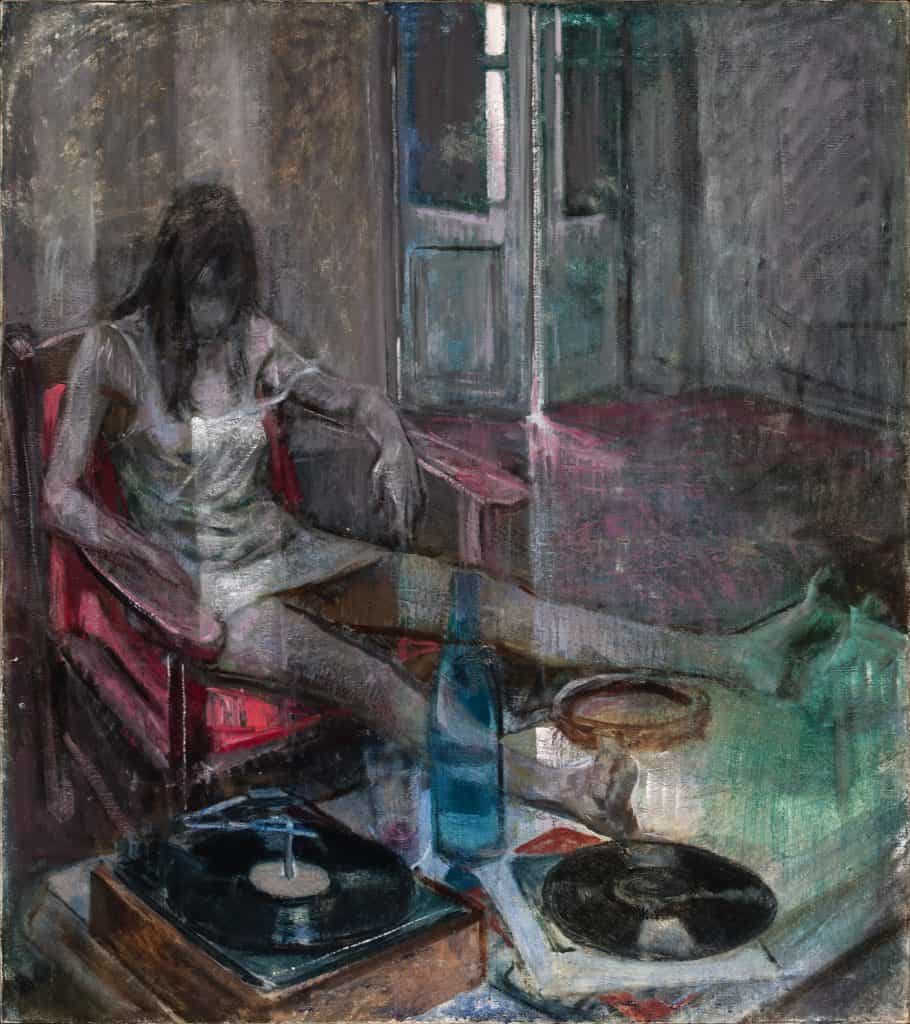 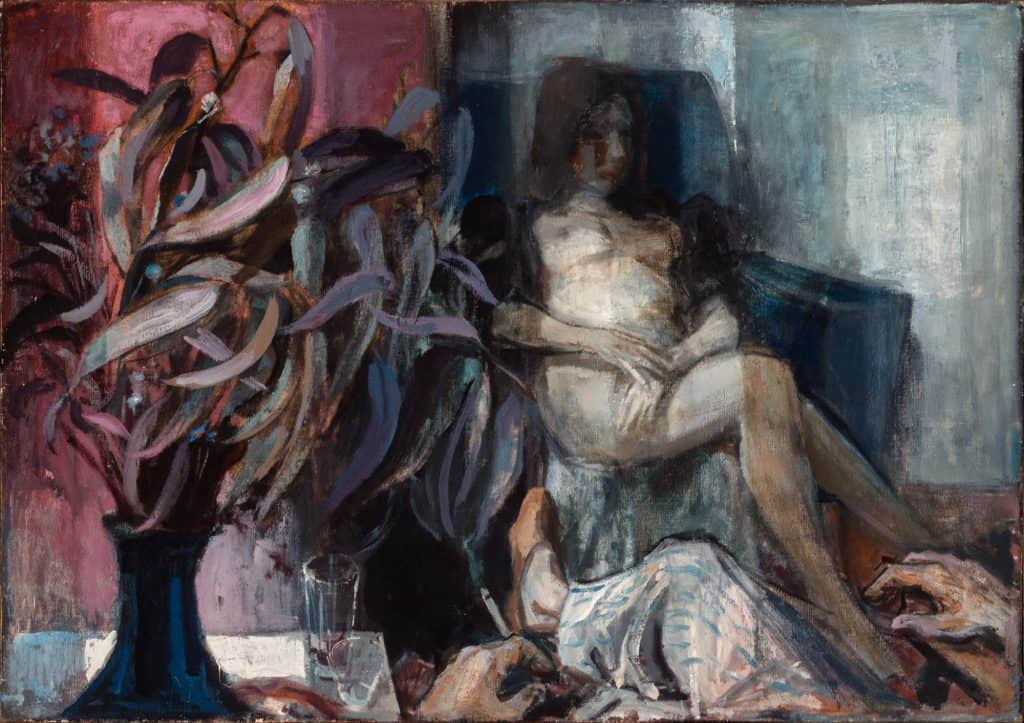 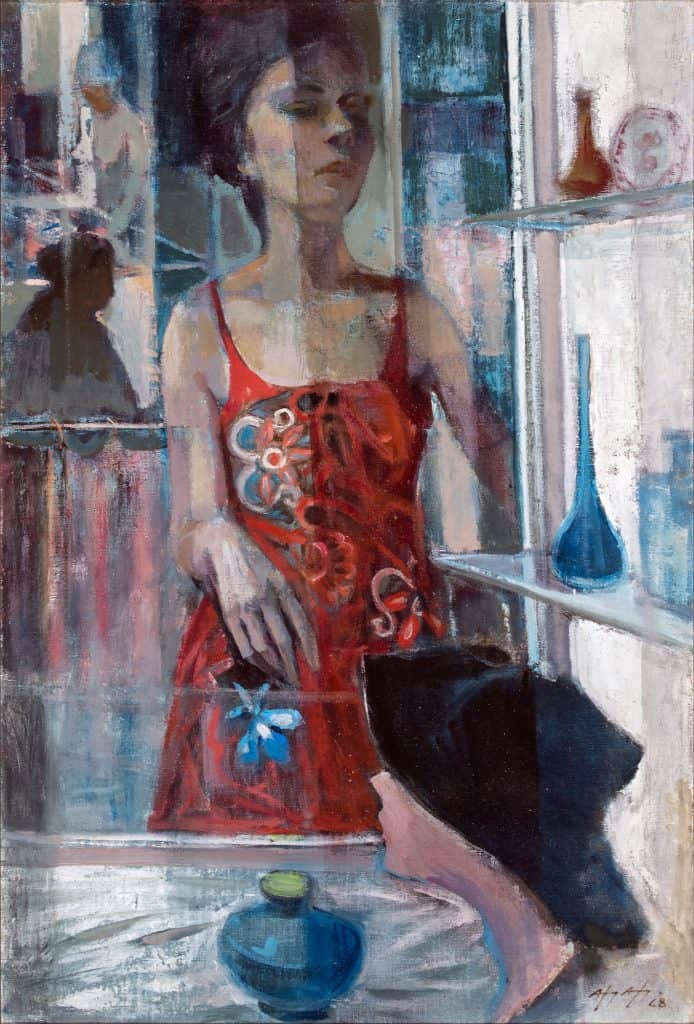 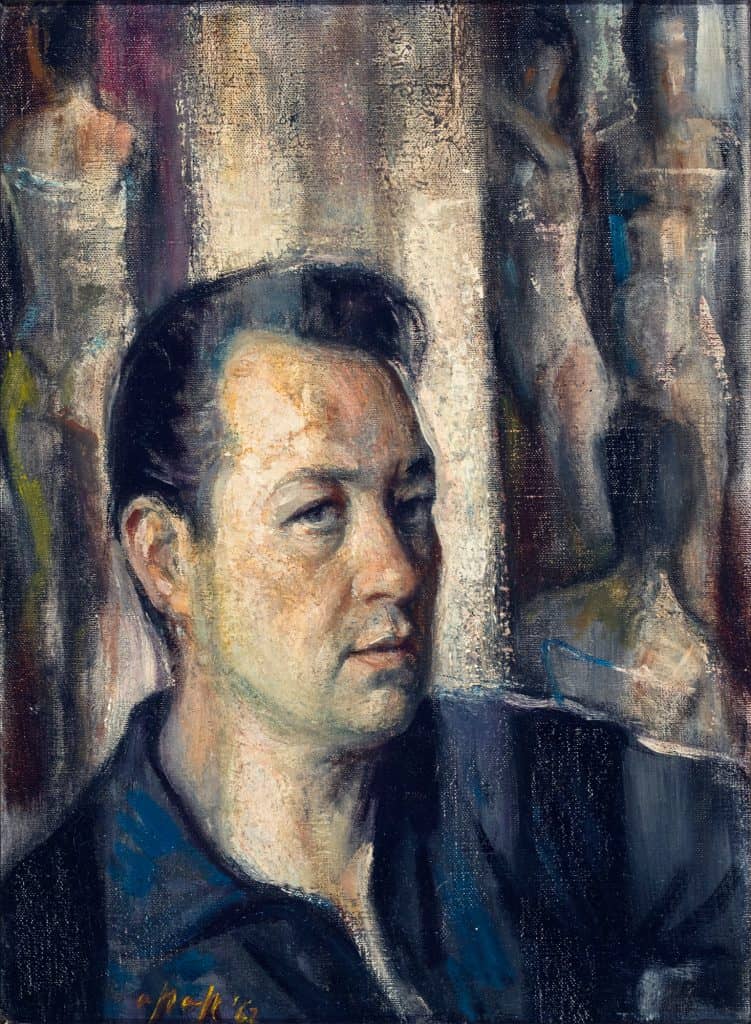 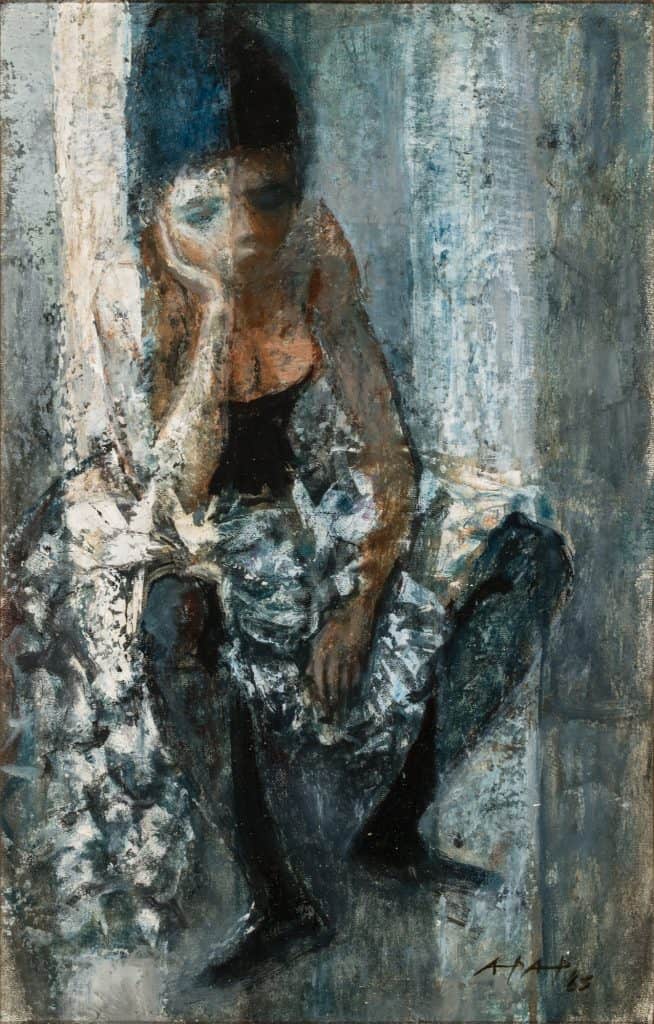 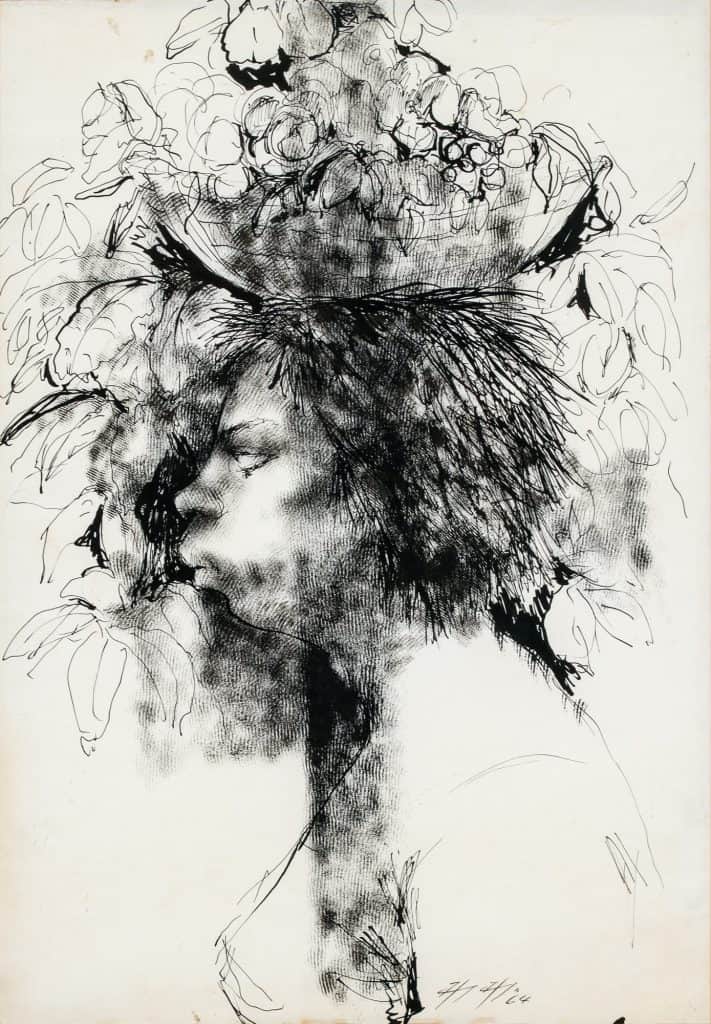 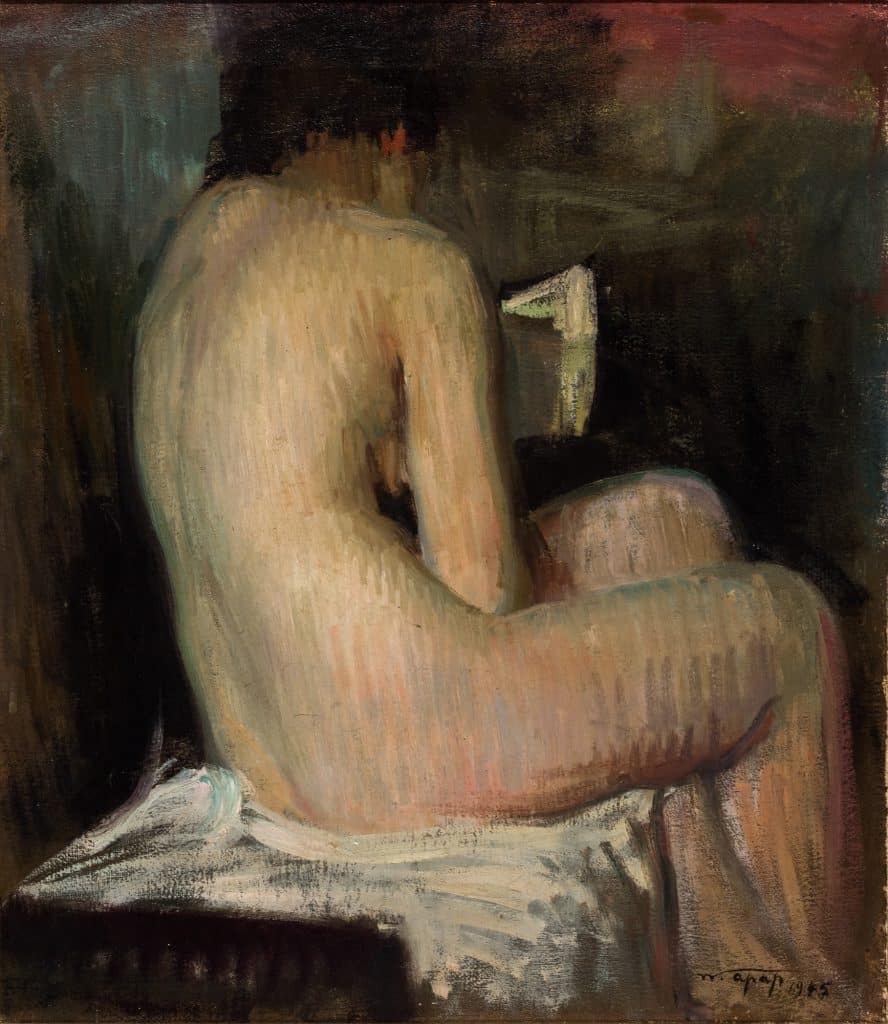 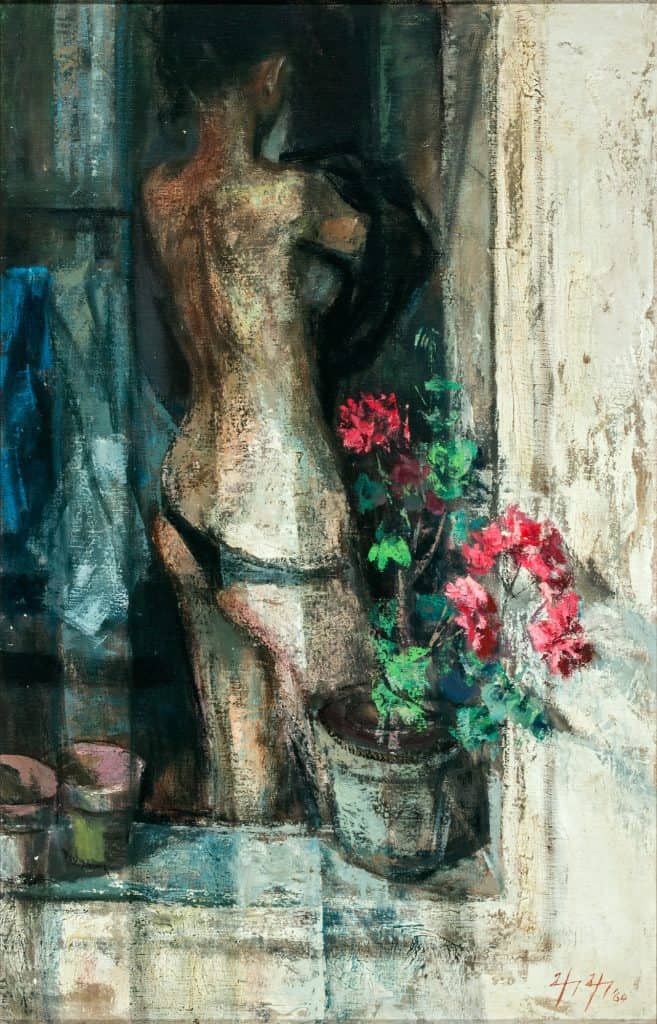 The evolution of Willie Apap’s (1918—1970) choice of subject matter, form and colour palette reveals a certain kind of purification, a move from the exterior to the interior, from the visible realm to that of the inner human condition, and ultimately to the spiritual, that is, to what cannot be seen or touched. But the deeper one goes, so too does the mystery. Apap’s keen interest in the human figure, face and setting, undergoes a similar transformation; a transfiguration of sorts, shrouded in a thick veil of ambiguity, incompleteness and obscurity.

The exhibition sought to trace the moment Apap stopped looking at the physical world and peered inside, beneath the veil of the apparent where truth and mystery fuse as one. The first part of the exhibition was a text-based photographic walkthrough which led you into the depth of Apap’s artistic formation and philosophy, from his early years to his Italian connections and, ultimately, to his mounting concern on the human psyche and spirit. The exhibition continued with a selected thematic display of Apap’s works at the Victor Pasmore Gallery.

Willie Apap: Revelations was organised by Fondazzjoni Patrimonju Malti in collaboration with the Central Bank of Malta and the Victor Pasmore Foundation.