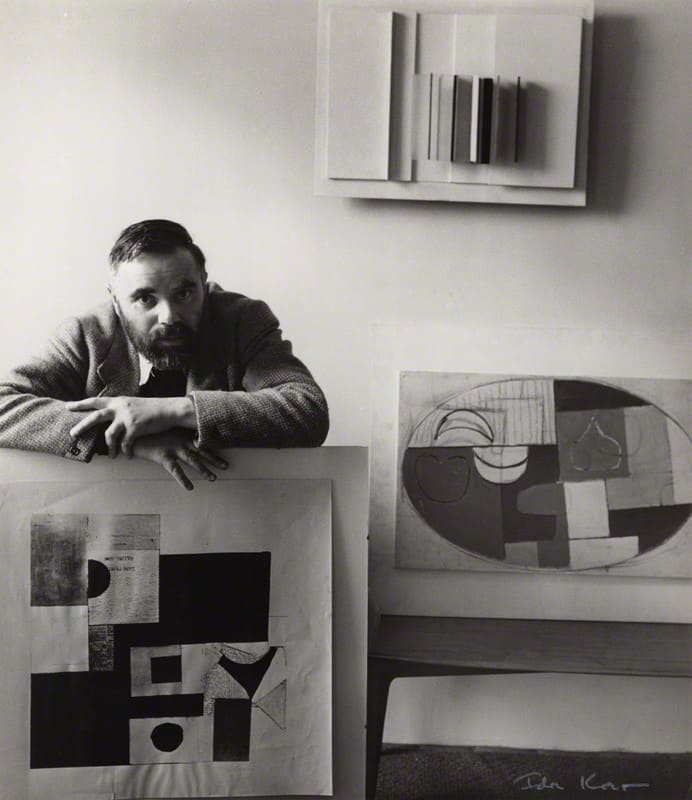 Victor Pasmore (1908—1998) was born in Chelsham, Surrey, and is known as one of the leading protagonists of the twentieth-century abstract art movement, who fuelled what is described as ‘the most revolutionary event in post-war British art.’

Victor Pasmore on BBC Four's Abstract Artists In Their Own Words

From an early age Victor Pasmore showed unmistakable promise in the art of landscape painting, a practice which he developed further through his enrolment at Harrow Art School and his studies on the French Impressionists. Despite a ten-year setback, during which he could not practise as a full-time artist, Pasmore continued to paint, study and experiment. He attended evening classes at the Central School of Art, played a key role in the foundation of the Euston Road School, and joined the London Artists’ Association – a principal organisation which placed him on the frontline of the modern British art scene.

Victor Pasmore influenced the direction of British art through his method, his thought and teaching. Although Pasmore did not have a formal academic background in art, he held several prestigious academic posts, among which were his commitments as director of painting at Camberwell School of Art (1943—1949), as a lecturer at the London Central School of Arts and Crafts (1949), and as Head of the Department of Painting at Durham University (1953—1961), where he introduced a groundbreaking foundation course in basic form, ‘The Developing Process’, thus bringing the outdated British art education system out of the clutches of the past.

Victor Pasmore began to truly garner international fame as an abstract artist particularly through his participation in the Venice Biennale of 1960. This also set the scene for a chance encounter with Malta. Following the acquisition and adaptation of a farmhouse in Gudja in 1966, he was later to permanently live there together with his wife, Wendy, and their two children. During his stay in Malta, Pasmore established several close friendships with Maltese artists and intellectuals, and continued to actively search for new relationships in form, colour, space and meaning, up until his death in 1998. The result was an extremely prolific and influential career, replete with hundreds of creations which respond to Pasmore’s unwavering belief that each piece is indeed a unique and autonomous object – a new discovery.

Pasmore’s works form part of several important collections including the Tate Modern in London; the Marlborough Gallery in London; the Royal Academy of Arts, London; the Musée des Beaux-Arts, Bordeaux, France; the Museum of Modern Art in New York, and other leading galleries and museums across the globe.