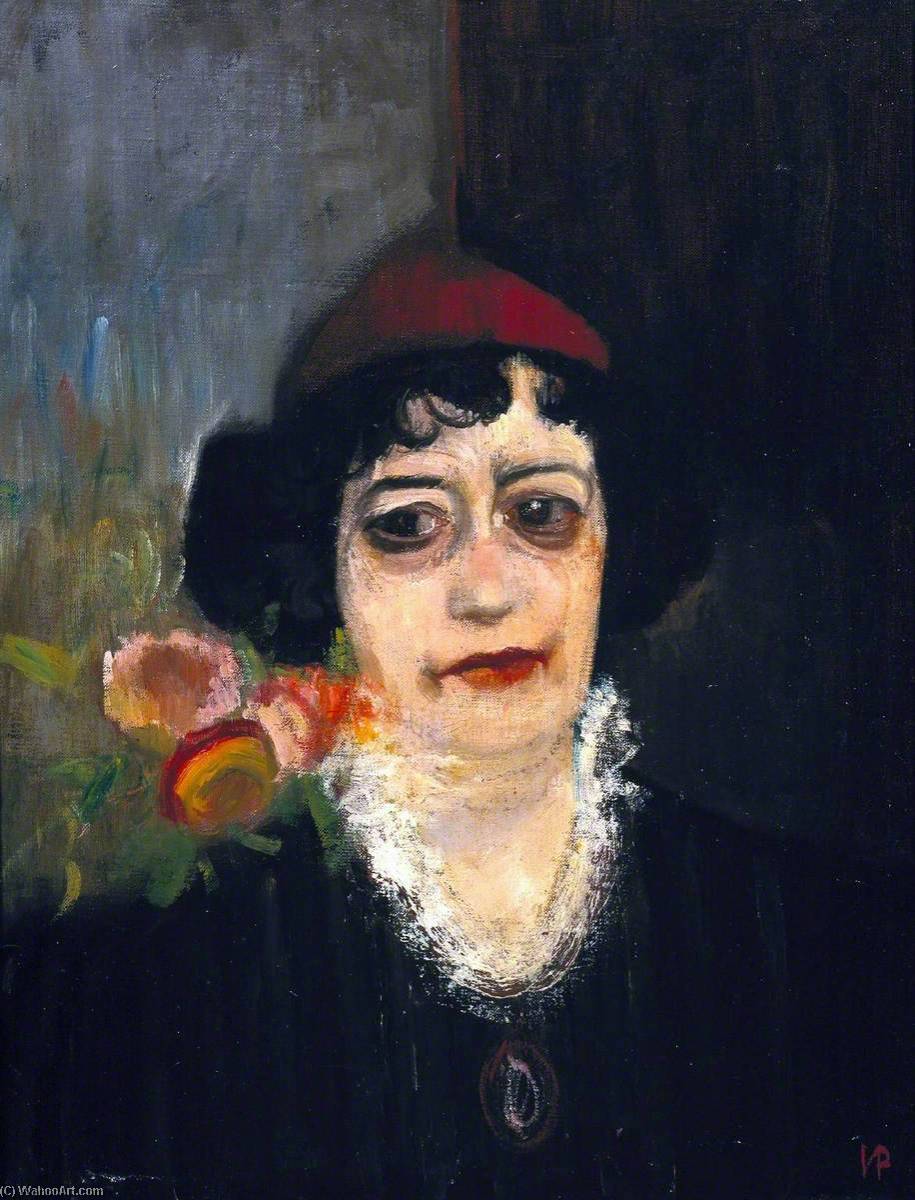 Pasmore and His Maltese Contemporaries

After enrolling at art school in Valletta at age 12, Mangion soon started private tuition with the renowned portrait painter Edward Caruana Dingli (1876-1950). This took place over 5 years and was to have a lasting impact on his work. Motivated by Caruana Dingli, Mangion was fortunate to travel and continue his studies in Rome and Paris as well as New York where he learnt etching. He gained a sound knowledge of painting technique and experimented with oils, watercolour, ink and crayon, his favourite medium being gouache. In his landscapes, a subject he enjoyed painting most due to the sense of liberty it provided, one can see the extent of his achievement in painterly quality as well as the range of expression.

Portraits often make up a large percentage of an artist’s work irrespective of whether they are portrait painters or simply artists who enjoy sketching friends or models for study purposes. This is certainly the case for Carmelo Mangion whose repertoire includes an extensive number of portraits executed in different genres and techniques. Despite being awarded a few commissions, the majority of his portraits are those of family members, his favourite model being his wife Josephine (Fenech) who he painted prolifically throughout his life. They vary in style and execution and provide an outstanding example of the extent of his artistic abilities.

Pasmore’s most painted portrait is also that of his wife Wendy (Blood), however it is over a very short period of his career that portrait painting occurs. Victor and Wendy married in 1940 and had two children soon after. It is during this time that Pasmore paints Wendy numerous times. These are intimate portraits of her pregnant, brushing her hair and so forth. He also paints still-lifes of items around their new home and the landscape of the surrounding area, creating a picture of family life. Pasmore would soon abandon realism to experiment with abstraction – a journey that would last a lifetime.

Portrait of a Jewish Woman (Victor Pasmore 1943-5) and Study for Portrait of Violin Player (Carmelo Mangion, undated) have some similarities, in particular the influence of the painter Georges Rouault. Both artists would have come across his work in Paris, and both have made use of the bold colours and pure black outlines characteristic of Rouault. Being a study, Mangion’s portrait is more suggestive and less detailed. The expressionistic background merges with the bearded figure that is outlined in black, and the paint is left to blend naturally. The bright primary colours are particularly striking in this work. The heavy use of black in Pasmore’s portrait – her hair, clothes and the background, contrasts with the very white skin tone of the lady. Our focus is drawn directly to her face and the bunch of flowers at her shoulder. Both portraits are wonderfully expressive rather than realistic. In a letter to Graham Bell in 1941 Pasmore wrote : The ultimate test of a painting of a man is surely not whether it looks like him, but whether it feels like him.

What are your thoughts? 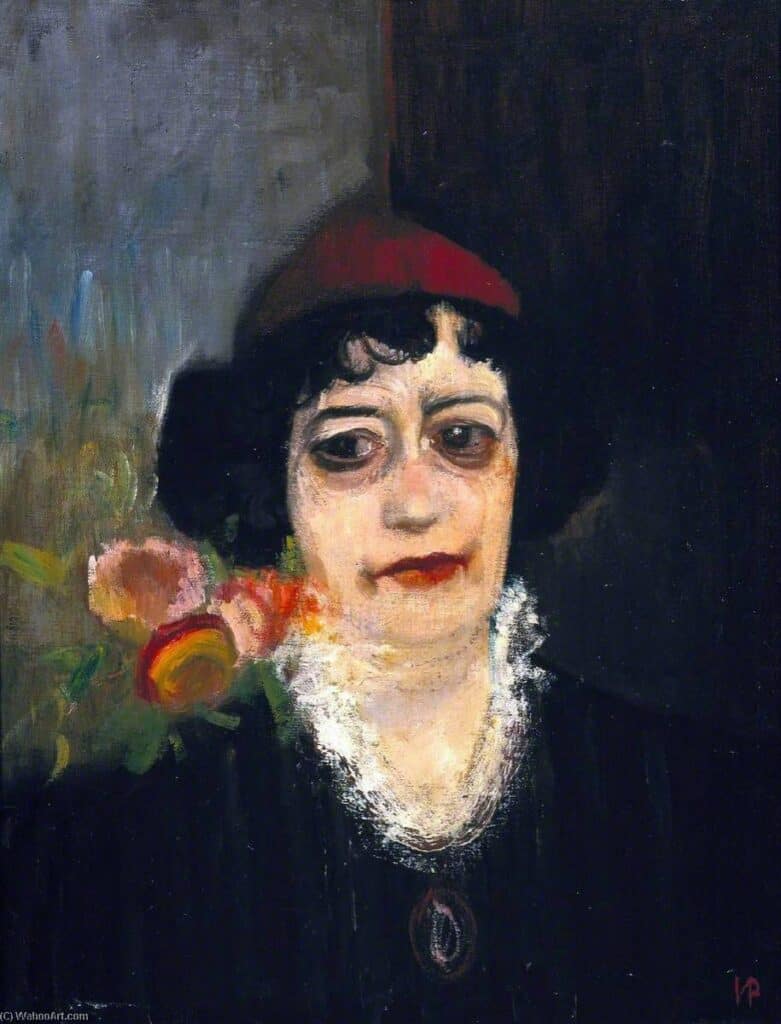 Victor Pasmore, Portrait of a Jewish Woman, oil on canvas, 1943-5 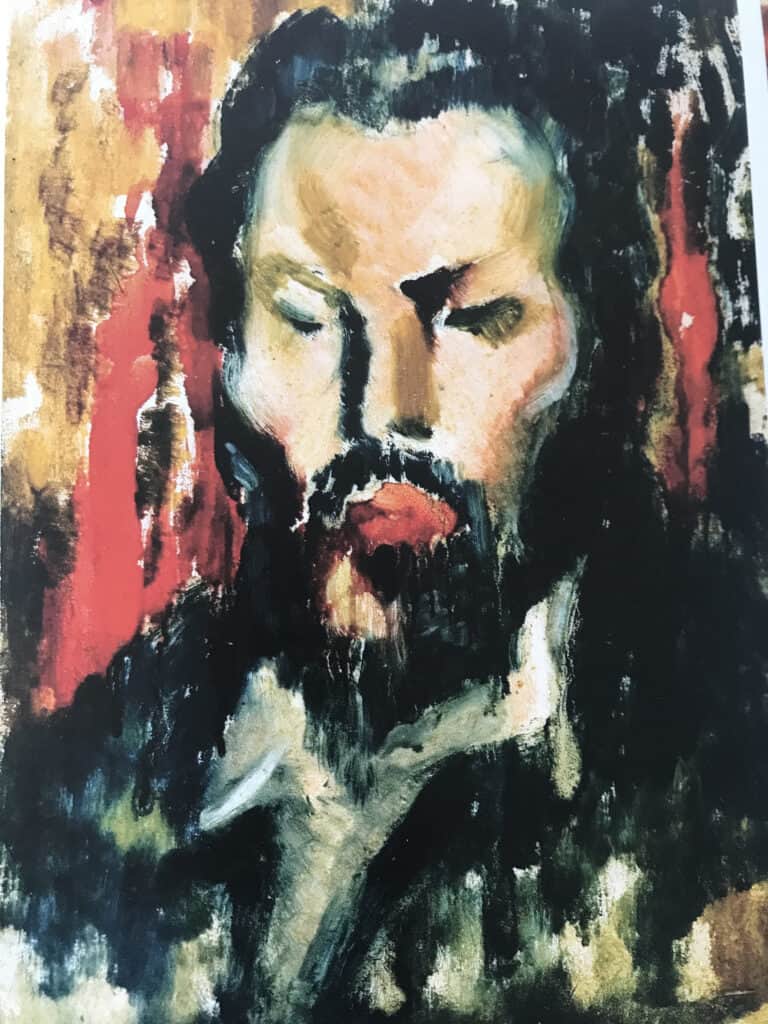