Willie Apap Maltese painter b. Valletta 26 June 1918; d. Rome 3 February 1970. He was the son of Giovanni Apap and Marianne née Grimes. Willie was the younger brother of the sculptor Vincent Apap. His artistic talents developed at a very young age much encouraged by his elder brother Vincent who became his first mentor. When only 16 years old he illustrated the booklet Fiabe – Tradizioni – Leggende Maltesi Con disegni di Willi Apap by Arnaldo Fabriani (pen name Arnaldo Farini), his teacher of Italian at the Lyceum, published in 1934, and other booklets in series by the same author including Il Pesce D’Aprile di Padron Pasquale Con disegni di Willi Apap. In 1933 he joined the Malta Government School of Art where he studied under the painters Robert and Edward Caruana Dingli and later also attended the nude life classes organized by Joseph Kalleya. In 1936 he participated at the Malta Art Amateur Association exhibition at the Auberge d’Italie, Valletta. The following year he won the Government Scholarship in 1937 and travelled to Rome to study at the Regia Accademia di Belle Arti where he studied under the painter Carlo Siviero (1882-1953). The outbreak of the Second World War caught him in Rome. At this time, he held his first one man exhibition at the Galleria di Romain Via Sistina. At the end of the war he was arrested and brought to Malta, together with other Maltese students, to stand trial for conspiracy but he was acquitted of all charges. This afforded him the opportunity of producing a remarkable series of pencil sketches of lawyers, judges, jurors and other court officials. The immediate post-war period saw him active in Malta painting portraits, religious paintings and other subjects. It was at the end of this period that, in 1954, he produced the splendid altarpiece of Our Lady of the Rosary for Apap Institute in Hamrun. In 1955 he returned to Rome making the Eternal City the centre of his artistic activities. However, he also travelled to Argentina, Brazil, England and Sweden and became a painter of international repute. In 1960 he exhibited, with his brother Vincent, at the Commonwealth Institute in London and in 1961 he was invited to Windsor Castle to paint the portrait of Princess Anne. In 1964 he won first prize for painting at the Mostra d’Arte Sacrain Celano and in 1965 was commissioned to paint the altarpiece of Santa Rita for the church of St Peter at Terni, Italy. As Apap matured, his oeuvre became more intense and expressive charged with soul-searching pathos faceted by contrasting shafts of light and shade. In 1972 a commemoration of Willie Apap was held at the CI, Floriana. In 1990 the Cathedral Chapter of Malta acquired and presented His Holiness Pope John Paul II with Apap’s Miracle of the Viper. Willie Apap’s extraordinary artistic production undoubtedly represents a high point in 20th-century Maltese art. His works can be admired in public and private collections in Malta and abroad. The National Museum of Fine Arts (now known as MUŻA – Malta National Community Art Museum) in Valletta holds a small but very fine corpus of works by Willie Apap which include the so-called ‘Conspiracy Sketches’ and his magnificent ‘Christ and the Adulteress’. The Cathedral Museum at Mdina holds a small view of a dgħajsa in Grand Harbour.

This biography is from Ganado, Albert, Espinosa Rodriguez, Antonio, 2018 An Encyclopedia of Artists with a Malta Connection Malta: Fondazzjoni Patrimonju Malti, pp 20-23. 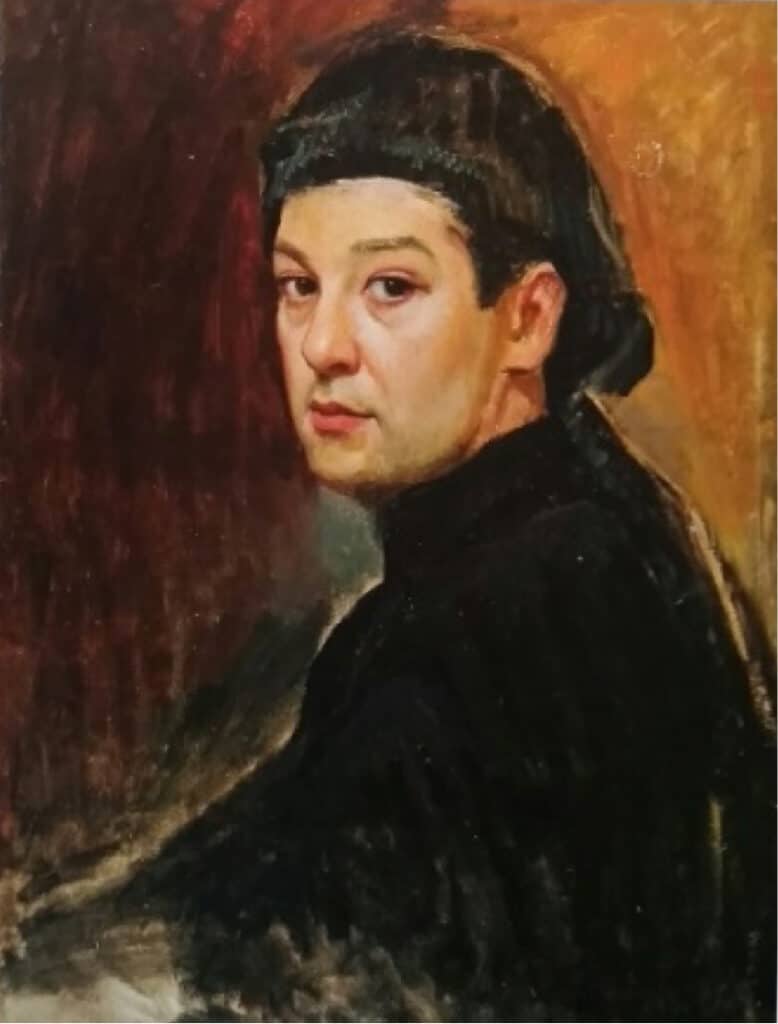 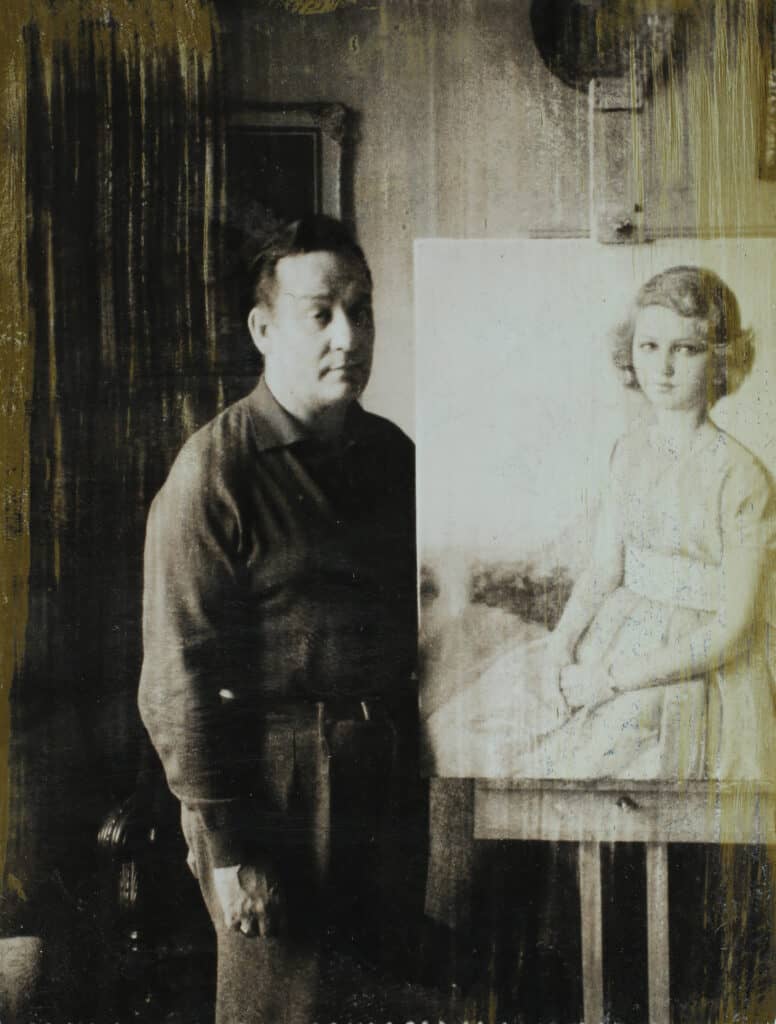 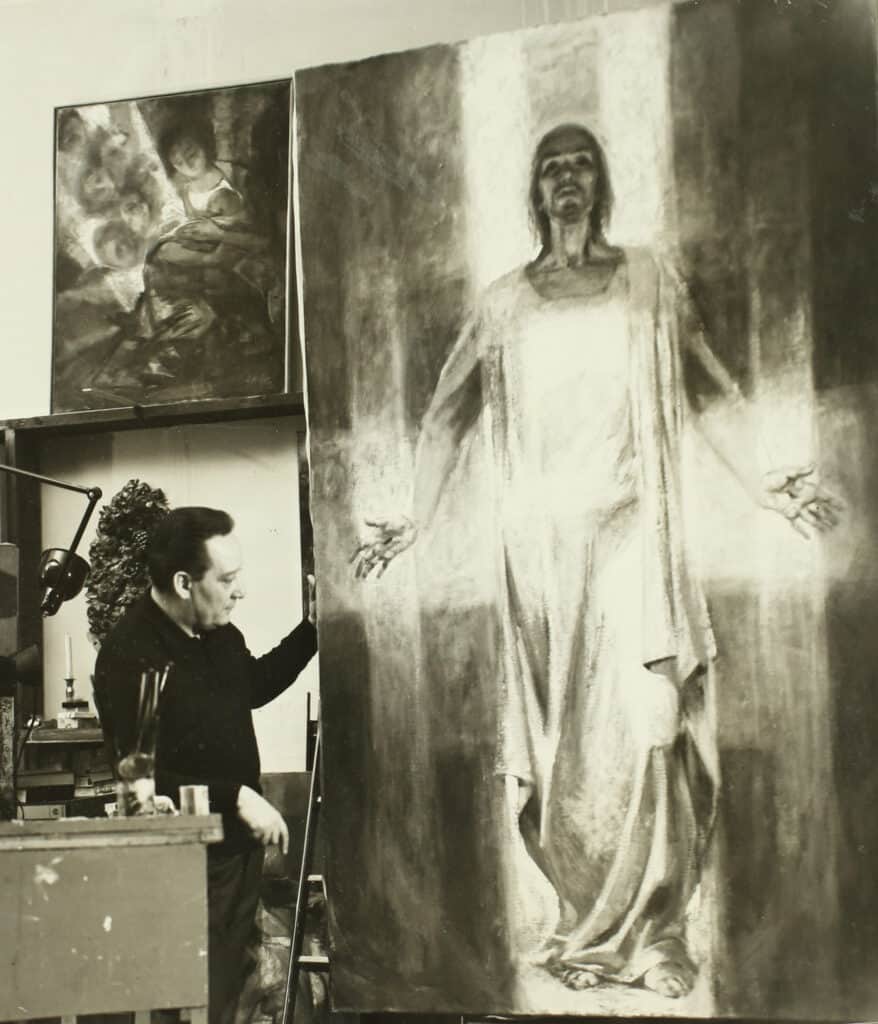 Willie Apap in his studio 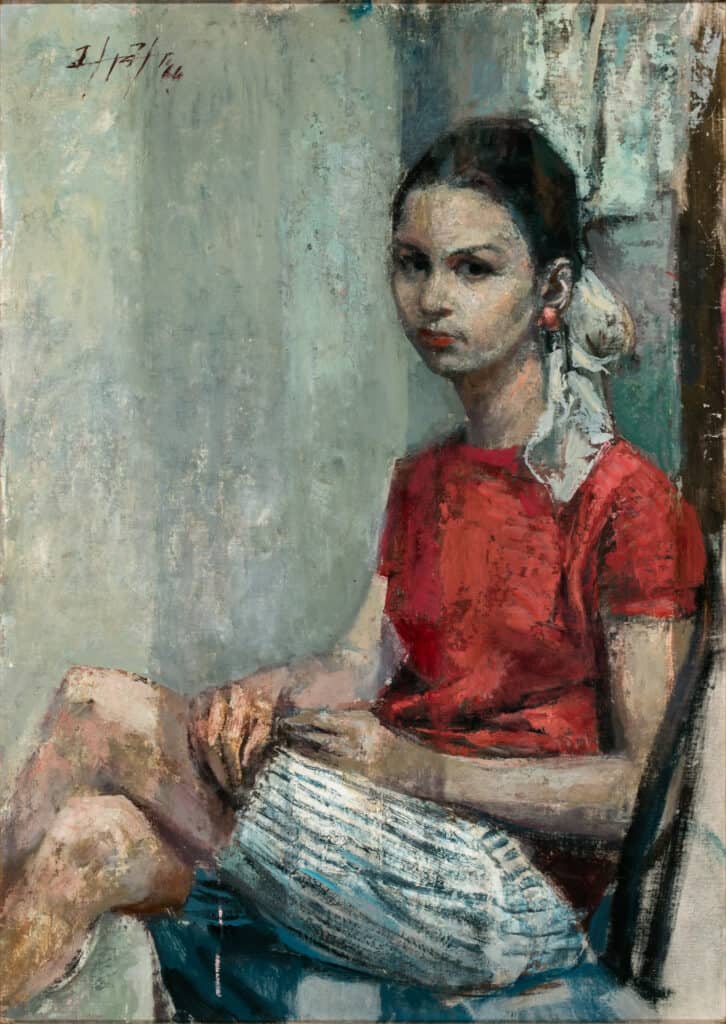 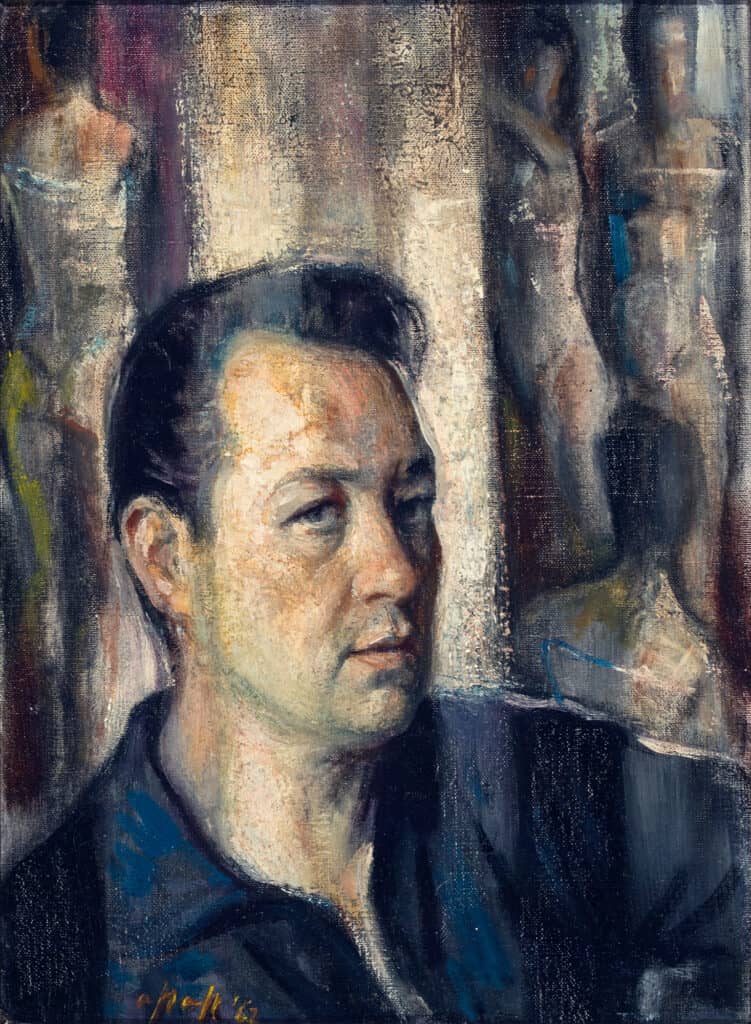 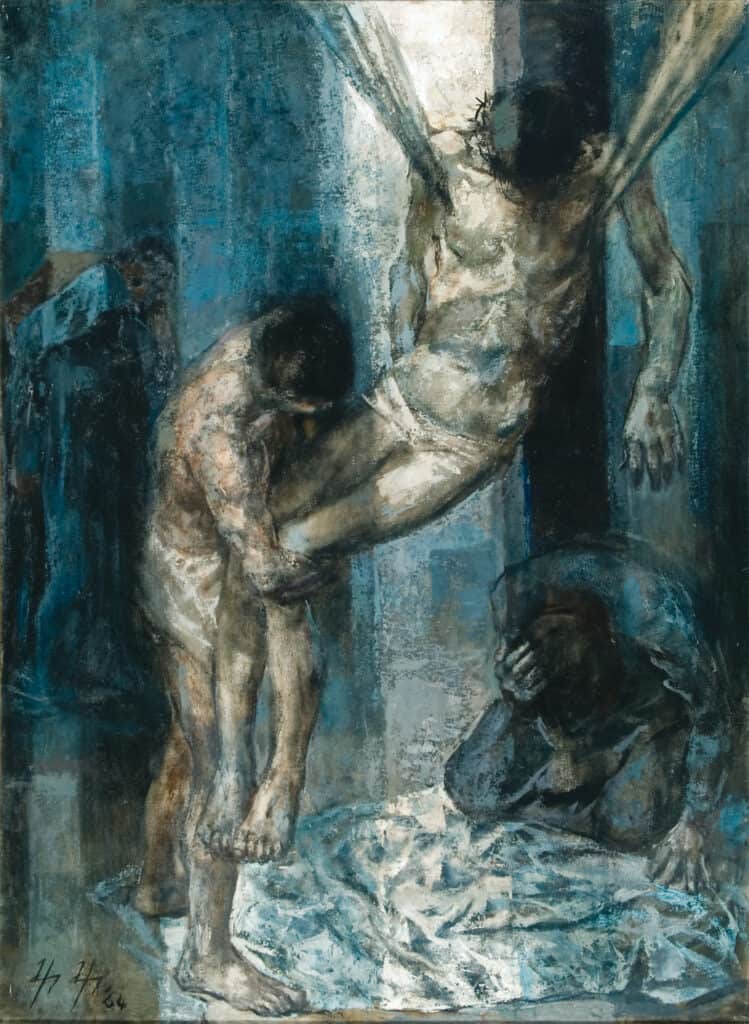 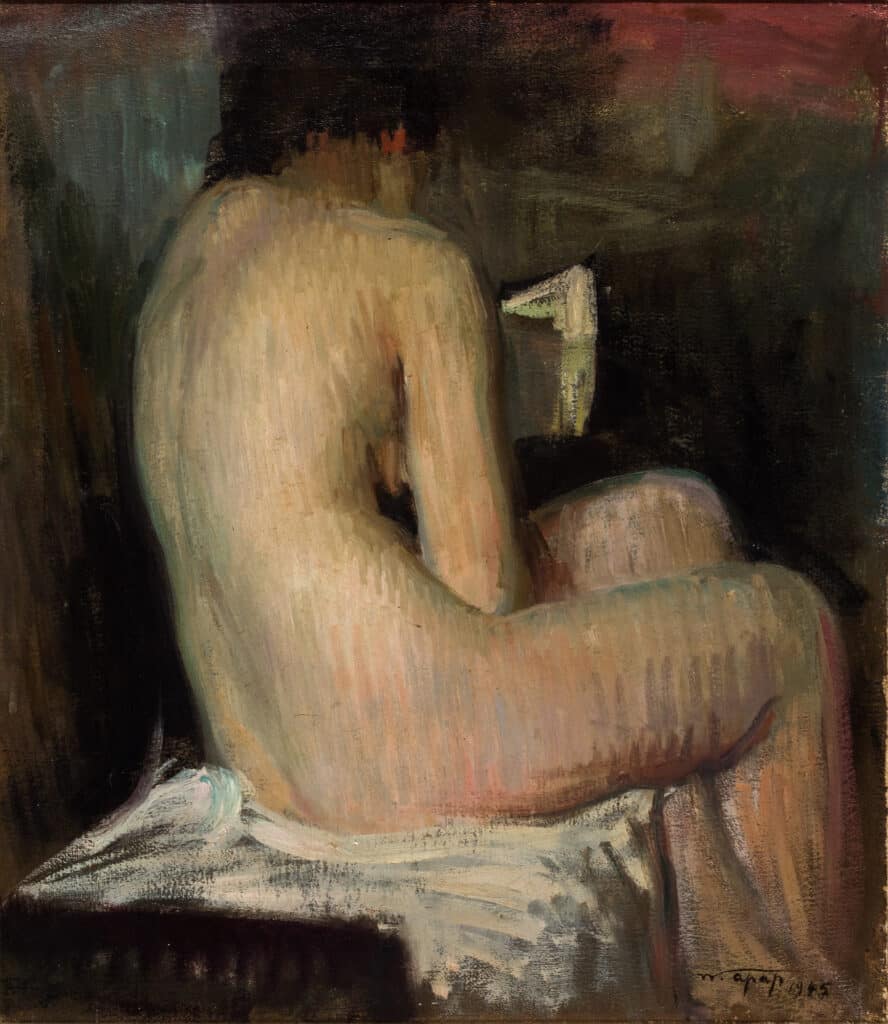 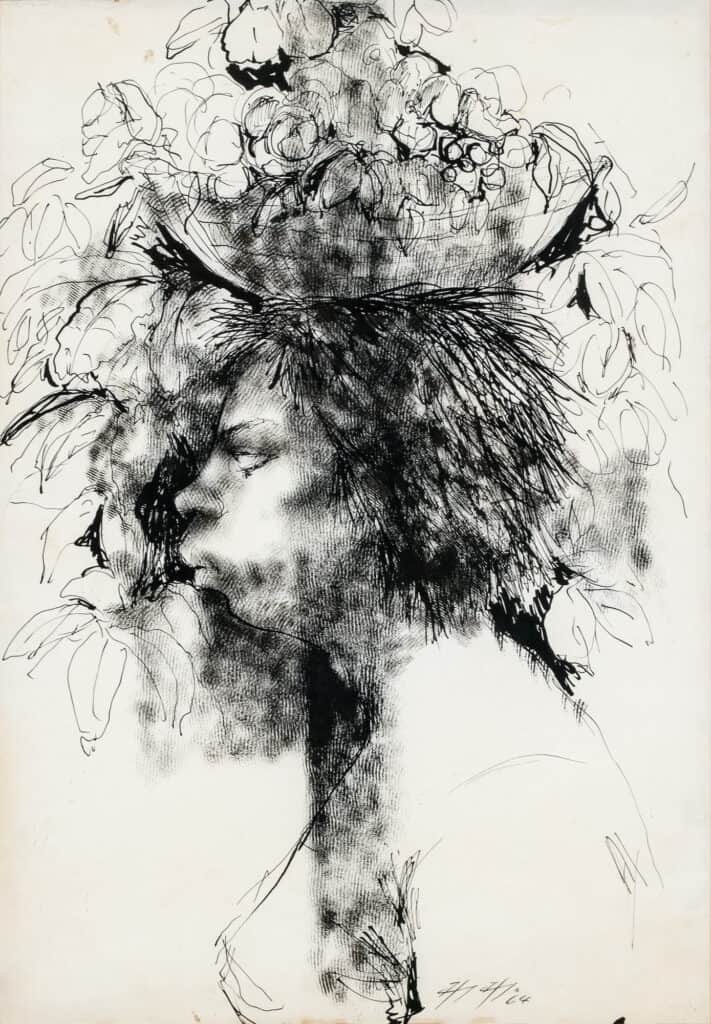